Last Tuesday, when I took the kitchen garbage out to the garage, I had a small epiphany. How is it that two adults can create so much trash within just a couple of days? I took that thought, pushed it back and finished my chores.

A couple of days later, while making dinner, I suddenly stopped and looked at the wet paper towel I was holding in my hands.  “How many towels had I used?”  I opened the trash and counted at least ten paper towels just sitting on the top of the heap.  The only thing those towels had been used for was to dry off my hands and to wipe up small spills on the countertop as I prepared our dinner.

What a waste of resources! How many trees are cut down each year just to provide me with something with which to dry my hands? I got to thinking…I bet there are people smarter than I who have already figured out how to handle this.  To Pinterest, to Pinterest I went!

Sure enough, someone had already figured out that they could make reusable, otherwise known as, the “unpaper” paper towel. Now, I know what you are thinking, “Why don’t you just go purchase some extra dish towels?” Well, I could, but I wanted something smaller than a kitchen towel and, more importantly, I wanted towels that were pretty and would also look beautiful in my kitchen.

I visited my favorite online fabric store, Hawthorne Threads, and chose three designs in quilting cotton that were perfect, as well as, some terry cloth. I cut the fabric into the size that I wanted, pinned the fabric together and started to sew.  It really didn’t take too long to finish a set of reusable towels.

In the next post, I will provide directions on how to make the towels. Even if you are not an experienced seamstress you CAN make these towels. It’s easy breezy!!

We LOVE them! They are pretty, soft, very absorbent and our carbon footprint on our earth is reduced just an itty bitty bit! 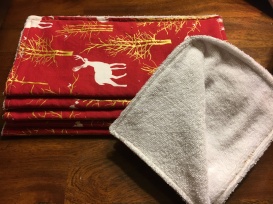 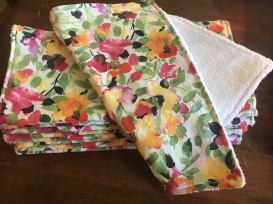 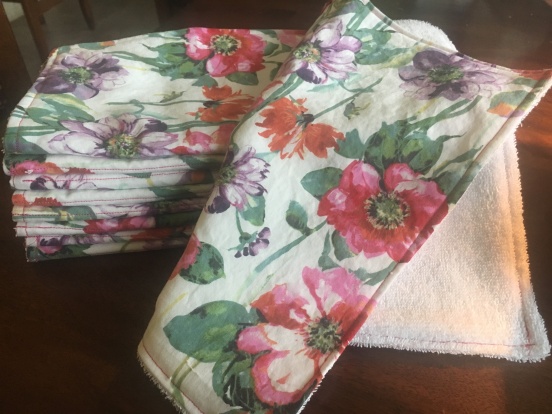